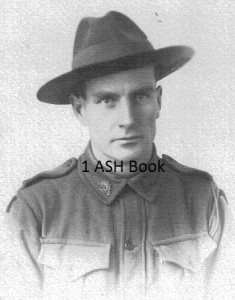 I received this week an email from the son of PTE Garnet Dewar. He shared some wonderful photos of his father that were taken in Jan 1916 in Egypt; a dashing young man. He enlisted in 1914 and was part of the original manning of the 1st Australian Stationary Hospital. Garnet’s son told me a wonderful and interesting story of how his father remembers mixing mustard on the beach in Gallipoli when a turkish shell landed nearby on a tent unfortunately killing all nine occupants. For the remainder of his life he would always recall this story and tell it to family and friends whenever he used mustard on his food.

PTE Dewar was a radiographer and had signifcant experience using x-rays. This would have come in very handy at the 1st Australian Stationary Hospital both on Lemnos and on Gallipoli. Thanks goes to PTE Dewar’s son for sharing some of his father’s experiences with me.