During a recent trip to Europe, I was able to spend 4 days in the Germany archives in Freiburg where the majority of the focus was on research for the book on Sturmgeschütz Brigade 280. Specifically, I want to research the unit’s involvement at the Eastern Front between November 1943 – April 1944. I had a rough idea where the unit had been employed based on secondary sources and a diary belonging to a member of the unit, but there were serious gaps that were sometimes weeks at a time.

The four days were very fruitful but I realised I will need to go again. I was only able to follow the unit in detail between November 1943 and January 1944. The different Armee/Panzer Korps the unit was attached to would often split the unit and allocate a Sturmgeschütz Battery per division in their area of operations. So it can be very difficult to find information on the actions of a battery especially when a number of war diaries fell into enemy hands or were destroyed by the Germans before capture.

I was also able to get a few personal files of members that were killed in 1943-1945. It was nice on occasion to put a face to a name when the file contained a photo of the member. This was not always the case but had success in a couple of instances.

Lastly, I will leave you with a photo of me in the archives (sitting at seat #7) researching hard on the subject of Sturmgeschütz Brigade 280. 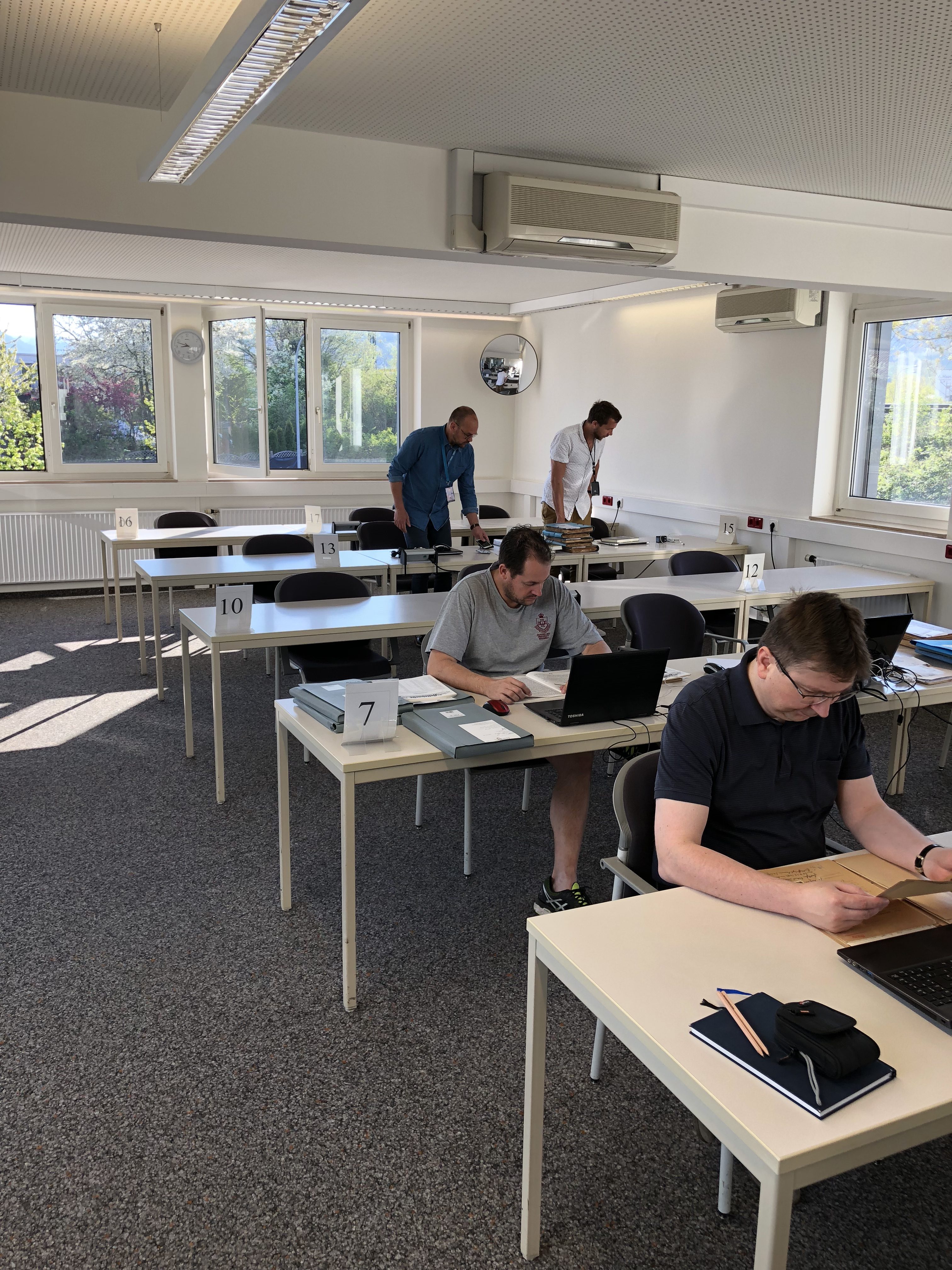