This unit is mostly known for its actions during the Battle of Arnhem in September 1944. However over a period of three years it participated in a number of key battles on both the Eastern and Western Fronts. Sturmgeschütz Brigade 280 was formed in August 1943 and was quickly trained east to halt another impending crisis developing in November 1943. On the Eastern Front the unit was involved in the Kamianets-Podilskyi Pocket and the relief of Tarnopol before being withdrawn to Denmark for reconstitution. The unit was sent to Arnhem in September 1944 and assisted in the destruction of the Allied landings. It spent another two months in Holland fighting delaying actions in places such as Hoogerheide and the Moerdijk bridgehead. In November 1944 it was trained to south-west Germany where it was involved in heavy fighting in the Alsace Bridgehead. Sturmgeschütz Brigade 280 spent the remaining war months fighting a delaying action in south-west Germany before the unit disbanded in the area of Bopfingen at war’s end.

The book aims to outline the combat history of the unit supported by personal accounts from members of the unit. The author is fortunate enough to already have acquired an unofficial war diary (1943 – 1945) providing many daily accounts as well as over 60 unpublished photos. It is intended to include a number of combat maps, photographs and supporting documentation to produce a quality publication.

I have spoken to many authors in the past and each has their own writing style and the way they go about writing their book. My approach is to look at the information I have gathered and then commence writing the section where I have researched the most. This may mean... END_OF_DOCUMENT_TOKEN_TO_BE_REPLACED

During a recent trip to Europe, I was able to spend 4 days in the Germany archives in Freiburg where the majority of the focus was on research for the book on Sturmgeschütz Brigade 280. Specifically, I want to research the unit’s involvement at the Eastern... END_OF_DOCUMENT_TOKEN_TO_BE_REPLACED

For such a decorated soldier not much has been published in books or online about Kurt Kühme. I would love a family member to contact me to provide further information.

END_OF_DOCUMENT_TOKEN_TO_BE_REPLACED

The military history research has taken a back seat this year due to going back to university. However this has not stopped the information coming through and made some great little discoveries over the last month or two. First I have been able to get my hands on a... END_OF_DOCUMENT_TOKEN_TO_BE_REPLACED

Firstly I want to wish all followers and friends a very Merry Christmas and Happy New Year. I hope 2015 is a good year to find photos, documents and information relating to Sturmgeschütz Brigade 280. I thought I would post a topic about the commanders of Sturmgeschütz... END_OF_DOCUMENT_TOKEN_TO_BE_REPLACED
« Older Entries 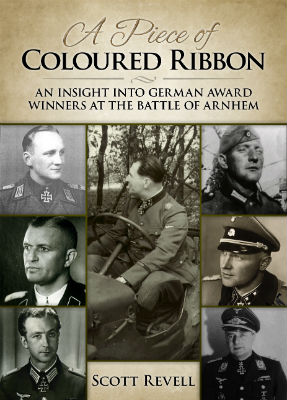